This is a passage from the ancient epic Beowulf that I quoted some time ago as a daily post, but I feel that the passage deserves a larger and more detailed quote.

So here it is from Francis Barton Gummere’s translation, with a recording.

“Whiles they vowed in their heathen fanes
altar-offerings, asked with words
that the slayer-of-souls would succor give them
for the pain of their people. Their practice this,
their heathen hope; ’twas Hell they thought of

in mood of their mind. Almighty they knew not,
Doomsman of Deeds and dreadful Lord,
nor Heaven’s-Helmet heeded they ever,
Wielder-of-Wonder. — Woe for that man
who in harm and hatred hales his soul

to fiery embraces; — nor favor nor change
awaits he ever. But well for him
that after death-day may draw to his Lord,
and friendship find in the Father’s arms!”

This is the original Anglo-Saxon with a recording (as well as I could pronounce it!).

These are other translations, this next one from Lesslie Hall’s translation:

“At the shrines of their idols often they promised
Gifts and offerings, earnestly prayed they
The devil from hell would help them to lighten
Their people’s oppression. Such practice they used then,
Hope of the heathen; hell they remembered

In innermost spirit, God they knew not,
The true God they do not know.
Judge of their actions, All-wielding Ruler,
No praise could they give the Guardian of Heaven,
The Wielder of Glory. Woe will be his who
Through furious hatred his spirit shall drive to

The clutch of the fire, no comfort shall look for,
Wax no wiser; well for the man who,
Living his life-days, his Lord may face
And find defence in his Father’s embrace!”

This next from the translation by William Morris and Alfred John Wyatt.

“And whiles they behight them at the shrines of the heathen
To worship the idols; and pray’d they in words,
That he, the ghost-slayer, would frame for them helping
‘Gainst the folk-threats and evil So far’d they their wont,
The hope of the heathen; nor hell they remember’d

In mood and in mind. And the Maker they knew not,
The Doomer of deeds: nor of God the Lord wist they,
Nor the Helm of the Heavens knew aught how to hery,
The Wielder of Glory. Woe worth unto that man
Who through hatred the baneful his soul shall shove into

The fire’s embrace; nought of fostering weens he,
Nor of changing one whit. But well is he soothly
That after the death-day shall seek to the Lord,
In the breast of the Father all peace ever craving.” 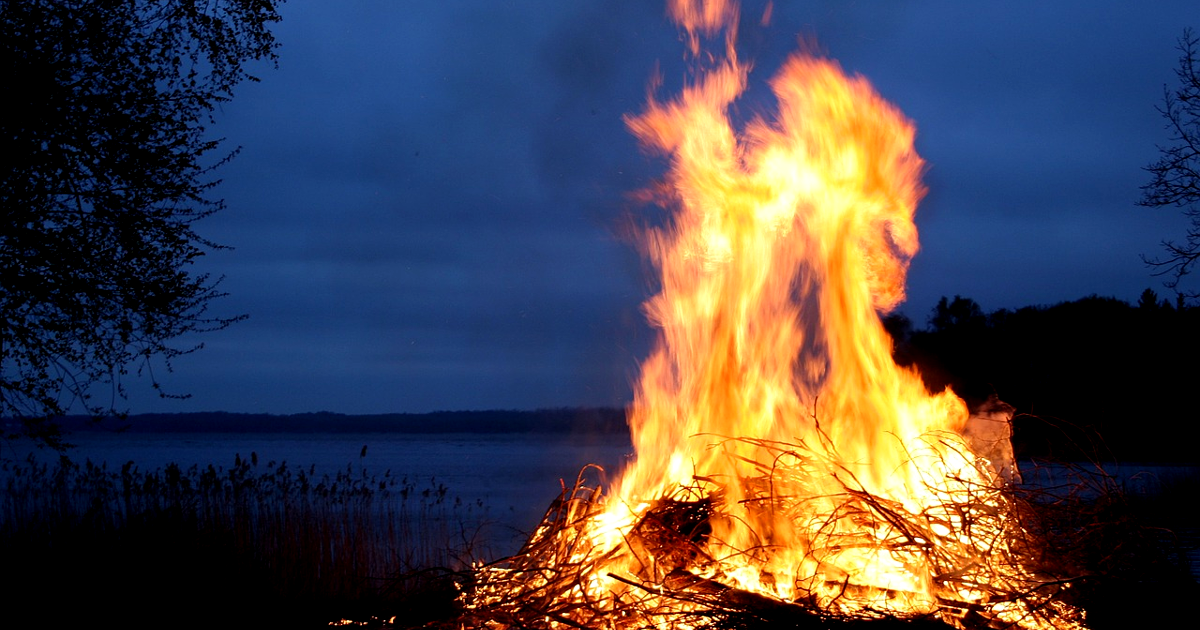